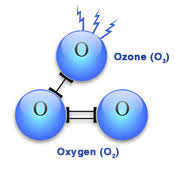 Oxygen is essential to life, but too much can cause free radical damage. When your cells have an ample supply oxygen they can produce energy in the form of ATP, so your tissues heal and regenerate faster, metabolic pathways work better, your nervous system stays attuned and your immune responses become more focused and effective.

However, oxygen is also very reactive and can cause cell damage due to its free radical activity. These free radicals can damage DNA and cause a wide range of health problems.

The question is how can we increase oxygenation – the positive cellular utilization of oxygen needed for optimal function and healing – without simultaneously increasing oxidative stress – the negative, reactive effects of free radical damage and other consequences of weakened antioxidant systems?

The solution to the oxygen paradox is called Activated Air. Activated Air uses only the oxygen present in the air we already breathe. Instead of giving the body more oxygen, Activated Air energetically reorganizes existing oxygen to make it significantly more bioavailable.  In fact, Activated Air mimics photosynthesis, in which ordinary oxygen is pumped into a higher energy state through the sunlight and organic catalysts.

The air that we breathe every day consists of what scientists call “triplet oxygen.” It’s the most stable form of oxygen with no particular energetic charge. But by activating that oxygen, we can greatly improve its energizing and health restoring potential. 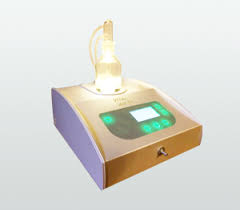 In nature, energy from our sun activates chlorophyll in the leaves of plants that transforms the oxygen produced by a plant to a higher-energy status.  Nature actually rearranges the electrons in the oxygen molecule to create “singlet oxygen.”  This energetically charged air boosts your body’s ability to use oxygen, drastically increasing your cellular energy and optimizing your cell metabolism. More importantly, your optimized cell metabolism actually absorbs and captures dangerous free radicals.

The unit we use at the Da Vinci Center, the Airnergy uses German technology to alter oxygen at the atomic level and give it “that little electrical charge set up by the sunshine.” The technology imitates the natural process by which sunshine and chlorophyll produce energy-maximizing, free radical-fighting activated air.

The Clinical Benefits of Activated Air

Athletes have reported that Activated Air not only makes them perform better but also improves their reaction times and perceptual acuity. In fact, top-level race car drivers have adopted Activated Air as an important component of their fitness regimes.

How do we know if Activated Air actually works?

First of all, Activated Air makes you feel better. In addition, European and Swedish scientists have put Activated Air devices through a number of biological measures to show that it has a measurable effect.

Some of these measures include:

Results from studies using athletes that train with Activated Oxygen:

Another test of the biological consequence of Activated Air used an extremely accurate device called theSpectraLite, which uses surface scanning electromyography (ssEMG) to measure the physical energy levels of the body’s regulatory functions. By comparing the values measured before and after an Activated Air session, the body’s response to therapy was dramatic.  The relationship between the organs changed and the average organ energies improved.  This corresponds to a “vastly improved sympathetic/parasympathetic autonomic balance.”

Are there any dangers in breathing Activated Air or in using the device?

None. Activated Air is completely natural and is just as safe as the air you breathe every day. In fact, Activated Air cannot interact with any medications or other treatments.

Another device called the AquaCure is capable of producing HydOxy or OxyHydrogen – this is a mixture of hydrogen and oxygen. About 86% of our bodies are made up of Hydrogen (62%) and Oxygen (24%). HydrOxy is a special mixture of Hydrogen, Oxygen and ExW – a “plasma” form of water that provides bio-available electrons.

The 3 essential nutrients support the regenerative processes that are vital to all ‘water based’ living systems, including humans.

HydOxy travels in your blood and then into every cell for relief of issues related to dehydration. HydOxy is the world’s best non-toxic anti-oxidant and anti-inflammatory; with anti-apoptotic and cytoprotective (cell protective) properties.

There are over 600 studies covering over 170 ailments that have benefited from HydOxy or SUPER WATER.

Our patients at the Da Vinci Center are encouraged to drink copious amounts of HydOxy water during their treatments as this is an important part of their regenerative processes.