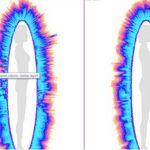 Electro Photinic Imaging is a revolutionary, non-intrusive way to measure the human energy field using a specialised camera and software system. Bio-Well has been developed by the team of the biophysicist, Dr. Konstantin Korotkov for over two decades and brings the powerful technology known as Gas Discharge Visualization (GDV) technique to market in a more accessible way than ever before. The product consists of a desktop camera and accompanying software, which allows a user to quickly and easily conduct human energy scans. We use this for energy diagnosis at the Da Vinci Holistic Health Center in Larnaca, Cyprus.

In 1996, Dr. Korotkov developed a range of instruments for stimulation, recording and processing of electro photonic images and called his technique Gas Discharge Visualisation (GDV).

When a scan is conducted, a weak electrical current is applied to the fingertips for less than a millisecond. The object’s response to this stimulus is the formation of a variation of an “electron cloud” composed of light energy photons. The electronic “glow” of this discharge, which is invisible to the human eye, is captured by the camera system and then translated and transmitted back in graphical representations to show energy, stress and vitality evaluations. Each scan returns a wealth of meaningful information to provide you with a truly holistic view of the energy state of your emotional status. 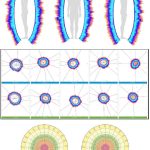 Dr. Korotkov confirmed that the intensity distribution of the stimulated electro photonic imaging or glow around human fingertips contained astonishingly coherent and comprehensive information about the human state – both physiological and psychological.

Even though the pattern recognition methodology is still at an early stage of development, extensive clinical trials conducted across Russia demonstrated that the correlation between the GDV and conventional diagnostic techniques is as high as 98%. Following clinical trials and the recommendation of The Russian Academy of Science the GDV technique and equipment have been approved in 1999 by the Ministry of Health in Russia for general clinical use without limitations. Subsequently, it is used by many clinicians and researchers worldwide.

Although the GDV system of Dr. Korotkov is mainly used for identifying malfunctions of the physical body and comparing the effectiveness of various therapies, the information that is encoded in the electro-photonic glow seems to originate directly from human consciousness. 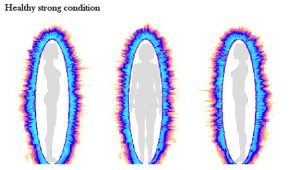 The field shown on the left is uniform, without any breaks, holes, and strong out-bursts. This is a reflection of a healthy person in a balanced emotional state. This person spent a couple of weeks exercising and meditating before the test. When she was initially tested, her energy field was not as well balanced, as can be seen in the image below.

As you see, this Energy Field is not as strong, but is still quite uniform. There are strong out-bursts in the coccyx area where there was a problem in the lumbar-sacral part of the spine. With the correct exercised, relaxation and meditation the image changed to the Healthy Strong Condition image shown above.

Another example is of a chronically stressed person who after seeing this image, realised that she would get sick if she did not change her lifestyle. So she began a course of meditation and special anti-stress therapy. In less than 6 months her Energy measurement came back with a different picture – much improved – see before and after images below. 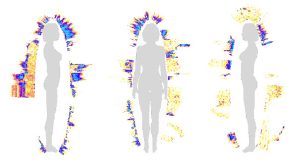 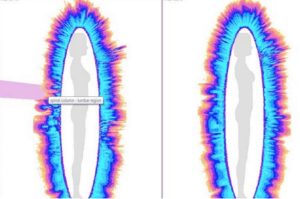 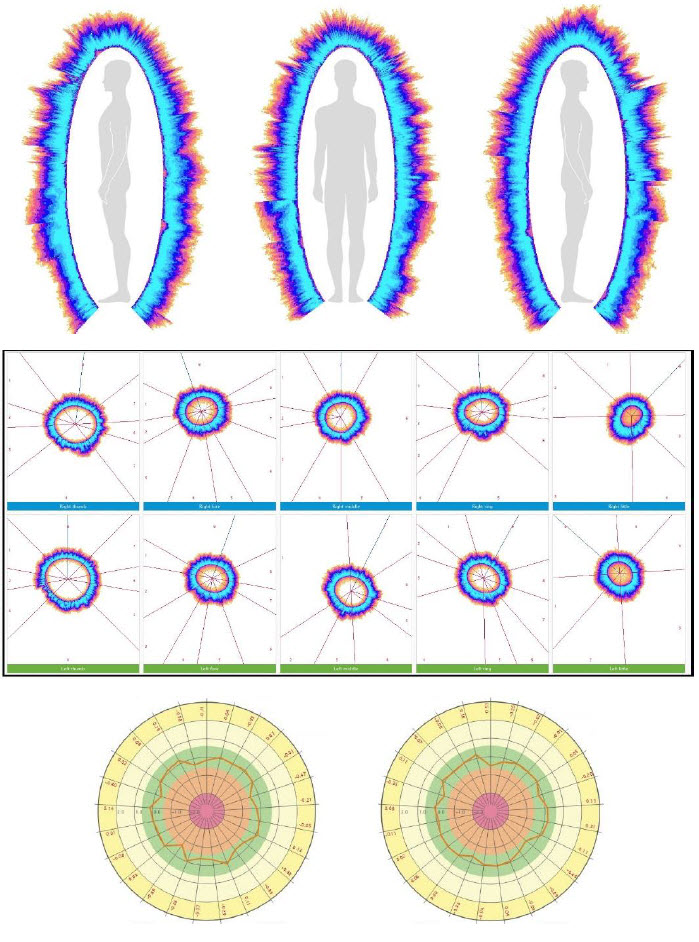 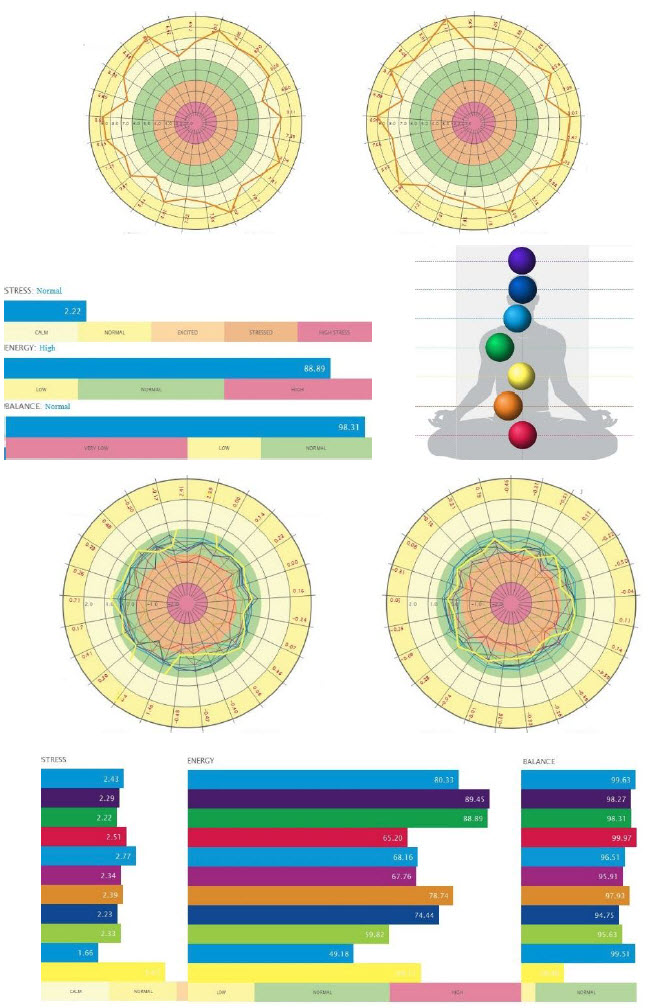