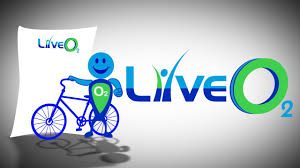 Live oxygen is healing without drugs or chemicals and without surgery or invasive techniques. Hyper-oxygenation gets oxygen into the body’s cells which have already turned to fermentation for their energy needs. LiveO2 starts a healing and restorative process where normally there would be none, because there is no cellular energy for it.

LIVE OXYGEN or EWOT (exercise with oxygen therapy) is a method of breathing higher levels of oxygen during exercise in order to increase the amount of oxygen in your blood plasma. If done correctly EWOT can produce many desired effects in as little as 15 minutes a few times a week.

When you deliver and utilize more live oxygen to your cells you:

These benefits are just a few of the many positive results that come from EWOT.

Using EWOT treatment pro-actively and preventatively is attractive because it is something you can do naturally — it doesn’t require any prescription drugs or surgeries. That’s why many have turned to EWOT. If done correctly EWOT is a simple and powerful modality which uses naturally occurring oxygen to produce ameliorative results. 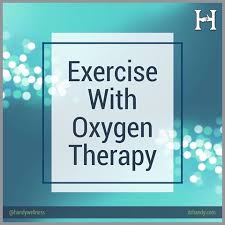 Live O2 amplifies the benefits of exercise to get a higher heart rate which drives more oxygen deeper into your body. This means you’ll get more benefit with less work. You will feel physical changes in about 3 minutes and get real results in 15 minutes!

Your liver is essentially a blood reservoir. During a Live Oxygen session, you start shooting a lot of new, super-oxygenated and healthy blood to it, so the liver discards the “mediocre” blood. We can recognize this “sludge tide” in a LiveO2 training session when the individual may become more sluggish as the body clears the released toxins quickly.

This is a good sign! The body is beginning to get rid of things it doesn’t need.

Dr. Manfred von Ardenne was an early pioneer in discovering the effects of oxygen on the human body. His many years of research culminated in his book “Oxygen Multistep Therapy,” an in-depth, technical review of his findings. Chief among those findings is that oxygen not only enhances performance, it is also curative, capable of reversing a variety of maladies that affect the human body.

What is LIVE Oxygen Therapy? 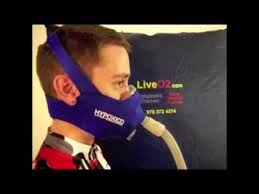 The key to superior oxygenation is increasing the heart rate while consuming large volumes of oxygen. In simple terms, oxygen enters the blood stream through the lungs and is then immediately circulated throughout the body via the heart. As the heart beats faster, more oxygen is circulated throughout the body. One rather surprising phenomenon occurs during this process. With so much oxygen available, the heart “knows” it doesn’t have to work as hard to distribute the oxygen, and so the heart maintains a slower rhythm. Thus, exercise becomes easier and the efficiency of the oxygenation process actually decreases. So, how does one counteract this natural regulation process?

The answer is to briefly deprive the body of oxygen, stimulating the heart to work much harder to drive what precious little oxygen remains throughout the body. This hypoxic state is akin to creating a vacuum in the body. The vacuum effect is immediate: starved of oxygen, the heart rate increases and maintaining the pace of exercise becomes difficult. At the body’s point of greatest difficulty, often within ten to twenty seconds, the oxygen flow is allowed to resume. Now, with an increased heart rate, oxygen rushes into the body to fill the vacuum; it is driven deep into the tissue, the lymphatic system and even the brain. The sensation is actually palpable. It is this flood of oxygen that allows all of the body’s systems to recuperate, regenerate and resume their role and anatomical purpose.

Some Benefits of LIVE Oxygen Therapy

Other Oxygen therapies include: