Because of its holistic therapeutic approach to thorough basic detoxification, Matrix Regeneration Therapy (MRT) can be applied successfully to all chronic diseases. It is the best preparation for any subsequent follow-up therapy. Its indications thus cover a broad spectrum:

Matrix Regeneration Therapy draws on old and proven procedures such as cupping, which – in its modern form of Petechial suction massage – is a part of this method. The partial vacuum in the suction electrode draws waste by-products and tissue toxins to the surface, where they are removed via the lymphatic system. In the case of previously damaged tissue, this can actually cause haematomas – a sign of the capillaries’ greater fragility. Initially, the intense red streaks on the skin may be visible for days. After a number of treatments – and as tissue continues to regenerate (it gets noticeably firmer) – these streaks fade after just a few minutes; the pain sensitivity also abates more and more. The suction intensity can be adjusted on an individual basis – a plus for patients with sensitive skin.

Yet MRT’s effectiveness is not based just on mechanical tissue cleansing, but rather, in a special way, on two other energetic components. The suctioned-up toxins and waste by-products can also be regarded as electromagnetic information with a pathological vibrational pattern. Using Systems Information Therapy, a further development of bioresonance therapy, the organism’s underlying disturbance fields can be neutralized, taking a considerable load of the immune system. A visible consequence of this is that disease-conditioned muscular tension eases up during the course of treatment.

Although the therapy is primarily performed on the back, all internal organs are accessed via the neural reflex zones, thus achieving a very deep effect. The third component is low-intensity Direct-Current Treatment that repolarizes diseased tissues in order to stimulate regeneration or reduce inflammation, whereby existing charge deficits are compensated out. All three components work together synergistically, reinforcing each other’s effects.

The effects achieved using MRT far transcend those described above. Each treatment strongly stimulates the immune system to greater defensive readiness. Also, hematopoiesis (through cytolysis) and the lymphatic system are intensely stimulated. Chronic malposition of the spinal column due to muscular tension, as well as blockages that impede the flow of energy in the body, can be relieved – and the stress overload on the brain’s central hormonal regulatory system vanishes. Thus, a single operation performs a comprehensive whole-body-oriented treatment.

A crucial part of the therapeutic effect involves the matrix’s charge state and hormonal situation. A weak direct current is introduced into the tissue behind a roller electrode, which shunts off excess charge from the diseased tissue. The repolarized tissue becomes alkaline again – a precondition for normal metabolic function. 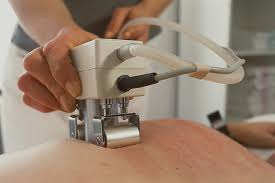 This method uses a suction electrode to generate a partial vacuum in tissue. As in cupping, worn-out and toxin-laden blood is drawn to the surface. Consequently, the suction electrode is also an ideal input electrode for recording pathological frequency patterns to be used in Systems Information Therapy. The matrix is the organism’s basal system, comprising about 80% of the total cell mass. It is the supply and waste-disposal system of the organ cells, as well as the home of the body’s defences. Because of its central importance for health it is, when fighting disease, the main attack point of any effective therapy.

The neutralization of pathological energy fields is the domain of Systems Information Therapy, a further development of bioresonance therapy. Via the suction electrode, liberated toxin information is detected and transmitted to the control unit for processing, where these pathological frequency patterns are transformed into therapeutic signals and routed back to the patient. Self-healing powers can thus be activated by means of resonance effects, and the healing process initiated. 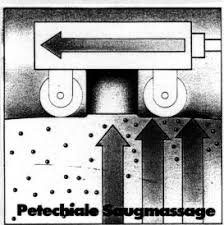